At The Ode To we are always curious to learn more about creativity and artistry, so we asked Danish artist Stinne Uldal Nguyen, also known as Isola Studio, to tell us a little bit about her life, her art and her sources of inspiration. 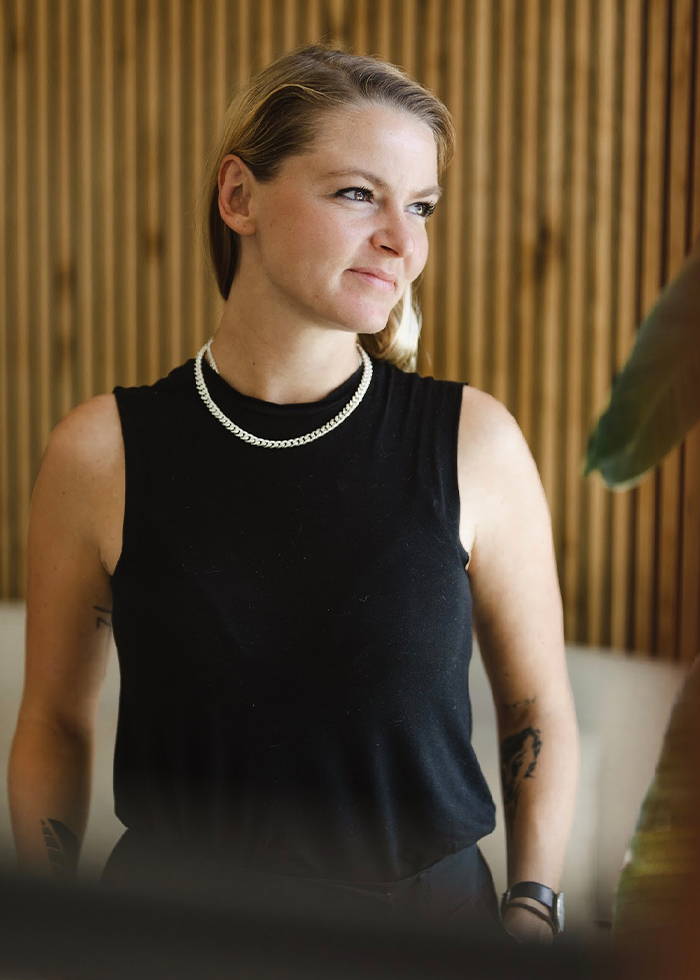 Can you tell us about your background and how you came to be an artist?

– To me, creating art is a way of slowing down time, even if it’s just for a tiny moment. I started Isola Studio during the pandemic, as a form of therapy and a way to keep sane when everything else felt out of place. Today it has become a lifestyle, a way of finally practicing slow living, surrounded by art and creativity. I have always loved every aspect of being creative but never really made the time to dive into it before the pandemic forced everyone to look within. Now it feels like it’s something I have always done, and I can’t imagine living without it. 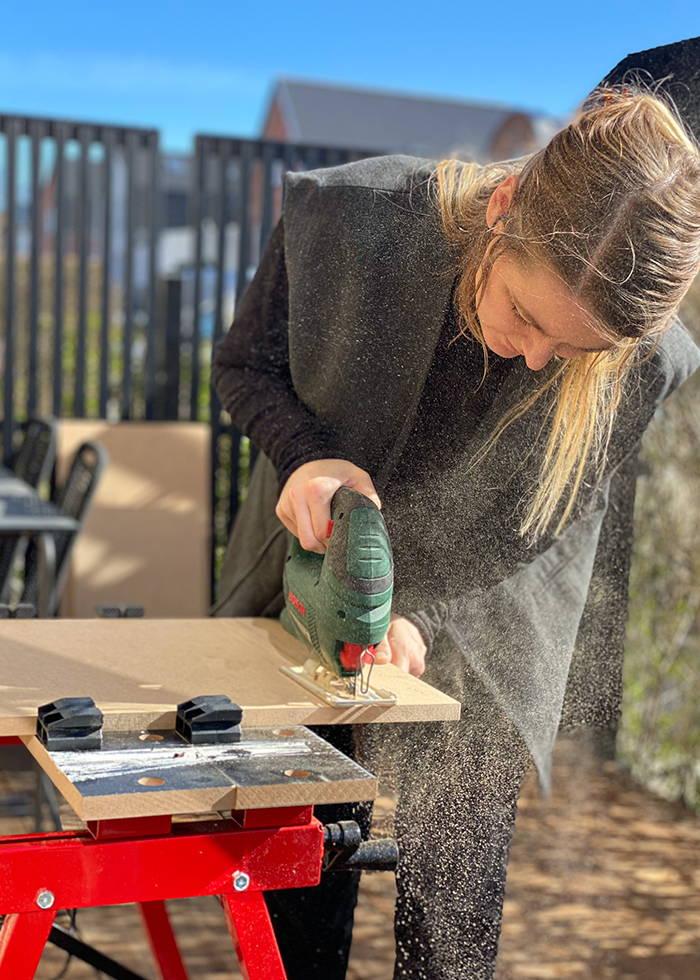 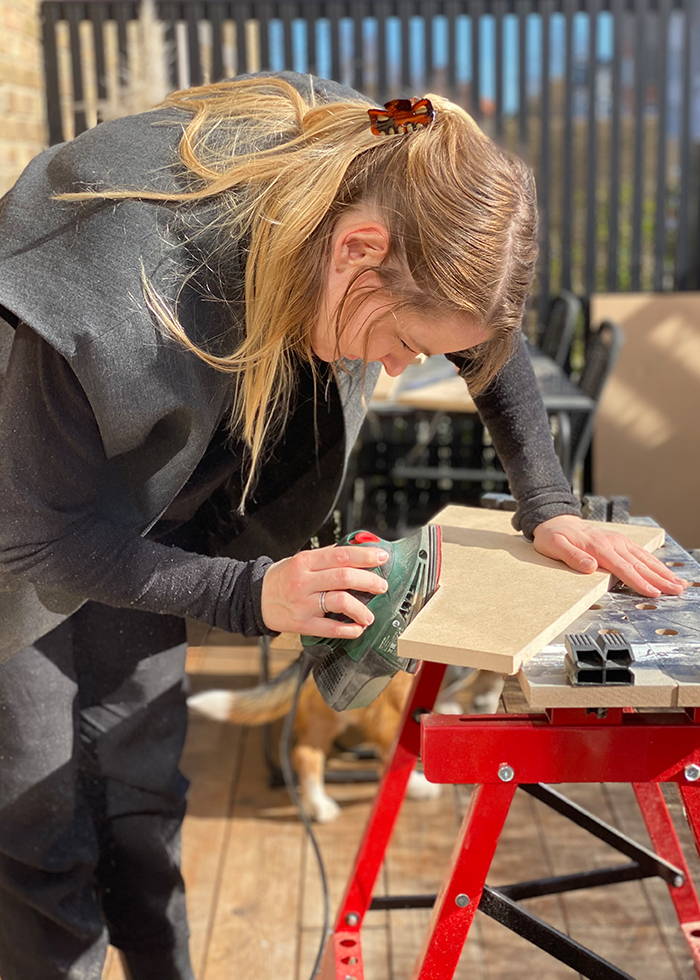 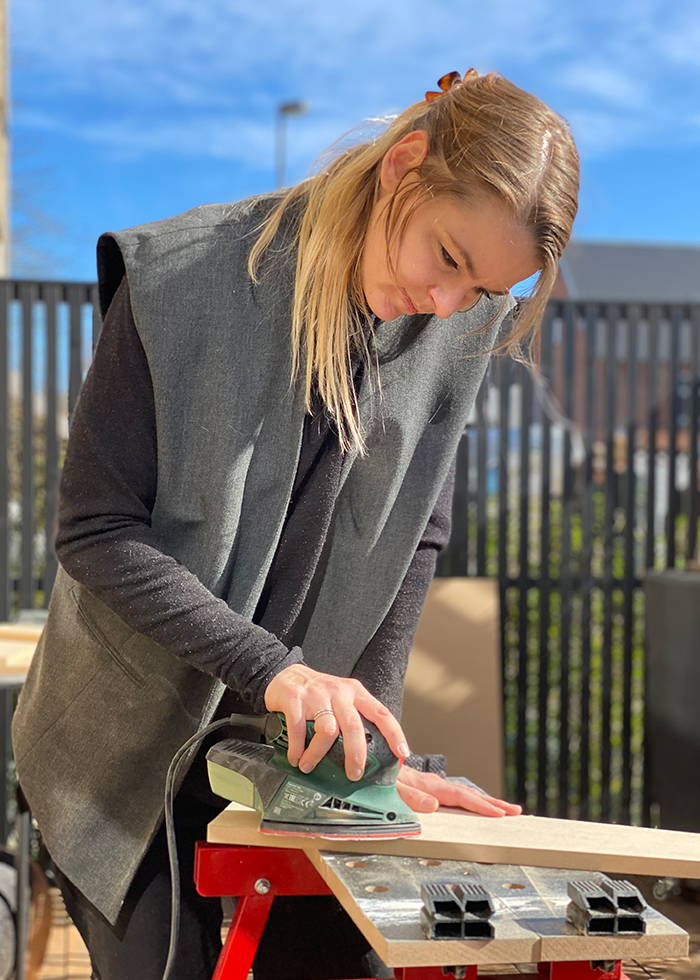 How would you describe your art and aesthetics in three words? 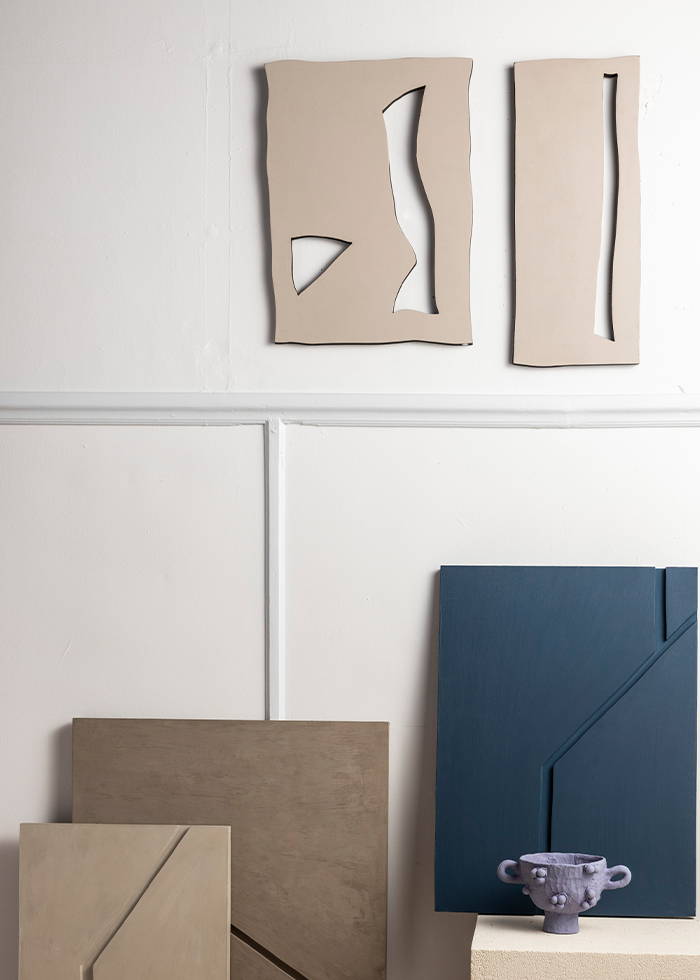 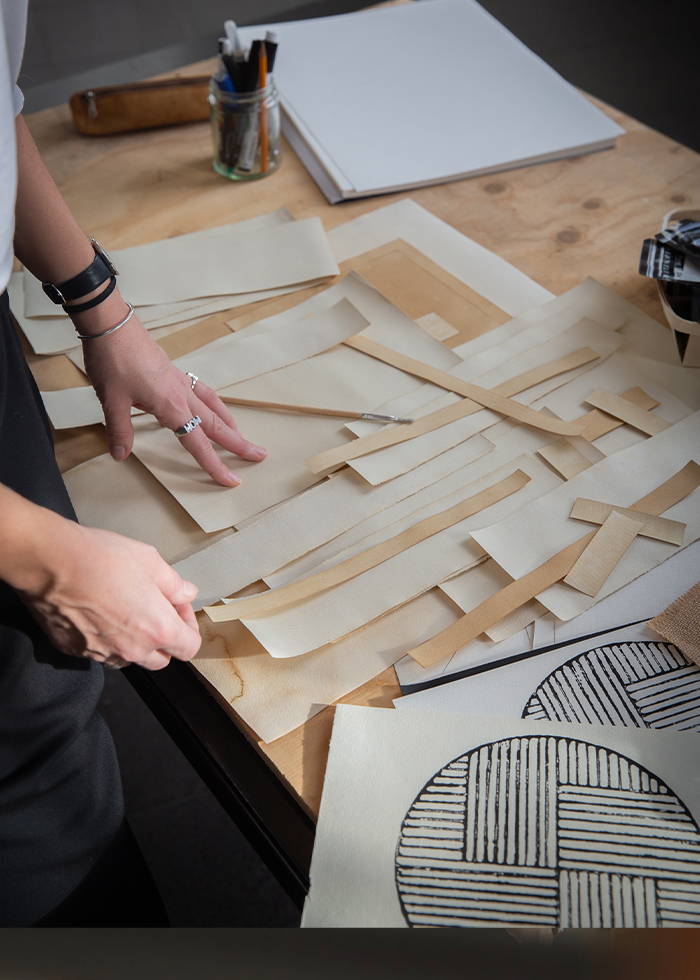 The series of artworks that you have created for The Ode To is called CREVICES and RUNES – can you tell us more about the materials you have used?

– When creating CREVICES, I have used reclaimed wood that otherwise would have gone to the trash, and limewash paint. RUNES are made using reclaimed wood, sand and acrylic paint.

What inspired you to create these artworks?

– When creating RUNES, I was inspired by the ancient runes of Egypt with carefully added contrast to underline the depth. When making CREVICES, I wanted to create an interesting play with shadow and light, in a minimalistic way. I allowed the wood and chalk to stand out on its own, so that the tactility can be seen and felt. There’s also a narrow space between two surfaces which have been broken or moved apart. For me, these artworks represent both the ugly; flaws, cracks and separation–and the beautiful; strength, development, flow and coming together in new ways after being apart.

Modern and minimalistic with a poetic charm, the art of Stinne Uldal Nguyen has stolen our hearts.